Notes on verse 9a

A “remember” = mnemoneuo. From mnemon (mindful) OR from mneme (memory or mention); {from mnaomai (to remember; by implication give reward or consequence) or mimnesko (to remind or remember; memory through an active, intentional process or being mindful; not incidentally or accidentally remembering); or form meno (to stay, abide, wait, endure) or from massaomai (to chew, gnaw); from masso (to knead, squeeze)}. This is to remember, recollect. It does not necessarily imply remembering something that you forgot – it could be simply calling something to mind. It can mean to punish or rehearse.
B “labor” = kopos. 18x in NT. From kopto (to cut, strike, cut off; beating the chest to lament and so to mourn). This is trouble, toil, or labor. This is working to the point of exhaustion or weariness. At base, this refers to a blow that lands so swiftly that one is seriously weakened. Figuratively, this is being greatly tired or working to the point of being without strength.
C “toil” = mochthos. 3x in NT. Related to mogis (scarcely, barely; something that only happens with difficulty; emphasizes that the action is prolonged and therefore difficult); from molis (something that hardly happens and/or requires a lot of effort) or mogos (laborious toil) or molos (toil). This is toil, hard work. It is draining labor due to the level of exertion or effort needed. It can also imply sadness.
D “brothers” = adelphos. From a (with, community, fellowship) + delphus (womb). This is a brother in a literal or figurative sense. It is also used of another member of the Church.

we workedE night and day, so that we might not burdenF any of you while we proclaimedG to you the gospelH of God.I

Notes on verse 9b

E “worked” = ergazomai. From ergon (work, task, action, employment). This is to work, labor.
F “burden” = epibareo. 3x in NT. From epi (on, upon, against, what is fitting) + bareo (heavy, press, weigh down, or burden); {from barus (heavy, burdensome; figuratively, violent, oppressive; that which presses down on someone so that they cannot move freely); from the same as baros (weight, burden in a literal or figurative sense; authority); from the same as basis (foot, step, pace) {from baino (to walk to go)}.This is to weigh down, put a burden on. It can refer to expense or being severe to someone.
G “proclaimed” = kerusso. This is to proclaim, preach, publish. Properly, it is to act as a herald – announcing something publicly with confidence and/or to persuade.
H “gospel” = euaggelion. From eu (well, good, rightly) + aggelos (angel, messenger; a messenger from God bringing news – whether a prophet or an angel); {from aggellos (to bring tidings); probably from ago (to bring, lead, carry, guide)}. This is literally “the good news,” used for the gospel. This is also where “evangelism” comes from.
I “God” = theos. From Proto-Indo-European origins, meaning do, put, place. This is God or a god in general.

J “witnesses” = martus. This is a witness whether having heard or seen something. It refers to a witness literally, judicially, or figuratively. By analogy, this is a martyr. This is also where the word “martyr” comes from.
K “pure” = hosios. 1x in NT. From hosios (righteous, pious, holy, devout, or Holy One; what is worthy of respect or reverence because it corresponds to a higher law, particularly God’s law; can be contrasted with dikaios (just according to law and statue) & hieros (formally consecrated) & hagios (pure, sacred, free from ritual defilement)). This is piously, devoutly. It is worthy of reverence.
L “upright” = dikaios. 5x in NT. From dikaios (correct, righteous, just, or a righteous person; implies innocent or conforming to God’s standard of justice); from dike (the principle of justice; that which is right in a way that is very clear; a decision or the execution of that decision; originally, this word was for custom or usage; evolved to include the process of law, judicial hearing, execution of sentence, penalty, and even vengeance; more commonly, it refers to what is right); may be from deiknumi (to show, point out, exhibit; figurative for teach, demonstrate, make known). This is righteously, uprightly, or equitably. It can also refer to something being as it ought.
M “blameless” = amemptos. 2x in NT. From amemptos (blameless, without fault, irreproachable, free of defect; one who is morally pure); {from a (not, without) + memphomai to blame, be disgraceful; be rejected due to doing bad things); {from mempteos (rejected because one has been condemned)}}. This is blamelessly or faultlessly.
N “believers” = pisteuo. From pistis (faith, faithfulness, belief, trust, confidence; to be persuaded or come to trust); from peitho (to have confidence, urge, be persuaded, agree, assure, believe, have confidence, trust). This is to believe, entrust, have faith it, affirm, have confidence in. This is less to do with a series of beliefs or doctrines that one believes and more to do with faithfulness, loyalty, and fidelity. It is trusting and then acting based on that trust.

11 As you know,O we dealt with each one of you like a father with his children,P 12 urgingQ and encouragingR you

O “know” = eido. This is to know, consider perceive, appreciate, behold, or remember. It means seeing with one’s eyes, but also figuratively, it means perceiving – seeing that becomes understanding. So, by implication, this means knowing or being aware.
P “children” = teknon. From tikto (to beget, bring forth, produce). This is a child, descendant, or inhabitant.
Q “urging” = parakaleo. From para (beside, by, in the presence of) + kaleo (to call by name, invite, to name, bid, summon, call aloud) {related to keleuo (to command, order, direct); from kelomai (to urge on)}. This is to call to, summon, invite, request, or beg. It can also be exhort or admonish. Also, this can be encourage, comfort, or console. This word has legal overtones and is used of one’s advocate in a courtroom. It is the root of the name of the Holy Spirit “paraclete” is our advocate and comforter.
R “encouraging” = paramutheomai. 4x in NT. From para (from beside, by, alongside of) + mutheomai (to speak); {from muthos (speech, story, myth, tale); perhaps from the same as mueo (to initiate someone into the secrets or mysteries of an order; to instruct learn, be disciples; properly, shutting your mouth and eyes to experience mystery); from muo (shutting eyes or mouth)}. This is comforting in a sympathetic or encouraging way. It could also be to console or exhort.

Notes on verse 12b

S “pleading” = marturomai. Related to “witnesses” in v10. 5x in NT. From martus (see note J above). This is to witness, testify, call as a witness, affirm, charge, protest.
T “lead a life” = peripateo. From peri (about, concerning, around, encompassing) + pateo (to read, trample on; to trample literally or figuratively); {from patos (trodden) OR from paio (to strike, smite, sting; a hit like a single blow)}. This is to walk. Going from Hebrew figurative language, to walk referred to how you conducted your life, how you chose to live. This word is most literally walking around. Figuratively, it is living, behaving, following, how you occupy yourself. This is where “peripatetic” comes from.
U “worthy” = axios. Related to “gospel” in v9. 6x in NT. From axios (related to weight or worth – deserving, suitable, corresponding, due reward); from ago (see note H above). This is worthily or appropriately. It is when something is held to have the same worth as its real value.
V “calls” = kaleo. Related to “urging” in v12. See note Q above.
W “kingdom” = basileia. From basileus (king, emperor, sovereign); probably from basis (step, hence foot; a pace); from baino (to walk, to go). This is kingdom, rule, authority, sovereignty, royalty, a realm.
X “glory” = doxa. From dokeo (to have an opinion, seem, appear, suppose; a personal judgment; to think); from dokos (opinion). This is literally something that evokes a good opinion – something that connects to our understanding of intrinsic worth. The ultimate expression of this is, of course, God and God’s manifestation. So, this is opinion, honor, and dignity, but also praise, glory, renown, and worship.

13 We also constantlyY give thanksZ to God for this, that when you received the wordAA of God that you heardBB from us,

Notes on verse 13a

Y “constantly” = adialeiptos. 4x in NT. From adialeiptos (continual as not having unneeded gaps in the middle; constantly, unceasing, or incessant; can imply permanent); {from a (not, without) + dialeipo (to give up, cease, stop in the middle); {from dia (through, because of, across, thoroughly) + leipo (to leave behind, remain, lack, abandon, fall behind while racing)}}. This is constantly, unceasingly. It is something that continues without unnecessary interruption.
Z “give thanks” = eucharisteo. From eu (good, well, well done, rightly) + charis (grace, kindness, favor, gratitude, thanks; being inclined to or favorable towards – leaning towards someone to share some good or benefit; literal, figurative, or spiritual; grace as abstract concept, manner, or action); {from chairo (to rejoice, be glad; used to say hello; properly, delighting in the grace of God or experiencing God’s favor); from char– (to extend favor, lean towards, be inclined to be favorable towards)}. This is giving thanks, being thankful. It is a recognition that God’s grace is good and actively showing gratitude. It can also be used for saying grace before eating. This is where “eucharist” comes from.
AA “word” = logos. From lego (to speak, tell, mention). This is word, statement, speech, analogy. It is a word that carries an idea or expresses a thought, a saying. It could refer to a person with a message or reasoning laid out in words. By implication, this could be a topic, line of reasoning, or a motive. It can be used for a divine utterance or as Word – Christ.
BB “heard” = akoe. From akouo (listen, hear, understand through hearing). This is hearing, ear, audience, fame, report, rumor.

you acceptedCC it not as a humanDD word but as what it reallyEE is, God’s word, which is also at workFF in you believers.

Notes on verse 13b

CC “accepted” = dechomai. This is to warmly receive, be ready for what is offered, take, accept, or welcome. It is to receive in a literal or figurative sense.
DD “human” = anthropos. Probably from aner (man, male, husband) + ops (eye, face). This is human, humankind. Used for all genders.
EE “really” = alethos. 18x in NT. From alethes (true, unconcealed; true because it is in concert with fact and reality – attested. Literally, what cannot be hidden; truth stands up to test and scrutiny and is undeniable, authentic); from a (not) + lanthano (concealed, hidden, unnoticed; to shut one’s eyes to, unwittingly, unawares). This is truly, really, surely, truthfully, indeed. Properly, this is saying “in accordance with fact…” – what one is about to say can be proven and is true to reality.
FF “is…at work” = energeo. Related to “worked” in v9. From energes (active, effective, operative, energized, powerful); {from en (in, at, by, with, among) + ergon (see note E above)}. This is to do, accomplish, be effectual, be mighty in. This is the root of “energy.” 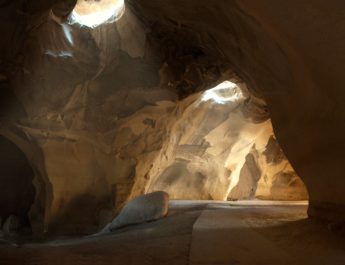 “how lonely sits the city that once was full of people”
Ordinary C45
October 2, 2022

If you would like to support me, my ministry, or this website, you can do so through a PayPal donation here!